In 1966, Mr. Ishii, a Chemical Engineer employed in the researcher division of Kureha, Japan, and Mr. Yoshida, and avid angler working in the Patent Department of Kureha, Japan, noticed that the attributes of Fluorocarbon were ideally suited to fishing line. The men saw that Fluorocarbon is less absorbant than nylon monofilament, impervious to UV rays, high-density and nearly invisible underwater. They knew early on...Fluorocarbon would revolutionize fishing line! And so the two men applied for a patent, which was granted and registered in 1969.

That year Kureha launched its Fluorocarbon Development Project. The committee was staffed with 40 Kureha employees but its primary purpose was to develop Fluorocarbon film for capacitors and to formulate Fluorocarbon enhanced exterior paint, in order to harness its chemical and UV ray resistance. Development of Fluorocarbon fishing line suffered budget losses at the hands of these other priorities, but Mr. Ishii, now an avid angler himself, and Mr. Yoshida were passionate and determined. The two men continued to focus on line development but had use only of older equipment which failed and had to be repaired many times before they could continue the process.

Kureha had mastered the process of extracting only the highest-caliber Fluorocarbon crystal from which the leader and line resin is derived; it would be several years, however, before Kureha succeeded in extruding the resin properly to create Fluorocarbon fishing line that met the performance traits desired. Many engineers employed by Kureha contributed significantly to the development process but it was Mr. Hiroshi Sato and Mr. Ohhira who picked up for Mr.Ishii and Mr.Yoshida to tenaciously pursue the development of Fluorocarbon fishing line of only the highest standards. Several successful experiments and tests were conducted along the way to verify the properties and benefits of Fluorocarbon vs. other fishing line products. These milestones kept the project alive and won the support of executive management.

Finally, once quality standards had been established, once the production technology and equipment had been perfected and put in place in a new factory large enough to support the extrusion process, Kureha introduced Seaguar Fluorocarbon Fishing Line to attendees of the 1972 Osaka Fishing Tackle Exhibition. Anglers were impressed by its invisibility and high-density which allows the line to sink faster, providing less suspicious and more immediate access to the strike zone.

With the Fox, Matrix, Specialist, Predator and Fox Rage brands covering disciplines such as carp, Match, coarse, traditional predator and modern lure fishing, Fox International is firmly established as one of the leading tackle manufacturers in Europe. The company originates from Essex, UK, where Cliff Fox launched his first ever Fox International angling product – a metal ruler showing size limits of certain species of fish caught in UK matches (when anglers had to fish to a set of size limit rules).

AFW Brands is a legendary line-up of innovative brands of line, leader, terminal tackle, tools, accessories and lures for saltwater and freshwater fishing. Each brand has a rich history of product developments and industry breakthroughs dating back to 1926.

Although each brand stands alone, they are united together by one common philosophy: helping anglers everywhere enjoy fishing with family and friends and catching more fish!

AFW is the leading US wire leader producer and the originator the world’s first knottable leader wire. We offer the industry’s most complete line of wire products made in the United States. Our brands include Tooth Proof, Surflon, Surfstrand and 49 Strand. We also offer a wide array of advanced products including kink-free and knottable wire, copper trolling wire and Mighty Mini 100% stainless steel tackle.

Hi-Seas is rapidly becoming the line of choice by many top anglers, pros and TV personalities. We offer a complete line of mono, fluorocarbon and super line products. Grand Slam, Quattro, Black Widow and Hi-Seas 100% fluorocarbon are asked by name worldwide. Together, both brands offer a complete range of fishing gear ranging from line and leader to tools and gloves.

FAITH is a new and innovative carp brand that develops products for all enthusiastic carp anglers. Besides bivvy’s, bedchairs, chairs and bite alarms Faith has many more products. 2018 will be the year that Faith launches more new products on the market. This year, there will be new series of rods, reels, rig material and many more. Faith brings good products on the market for an affordable price so that carp fishing with quality products is available for everyone! When you go carp fishing and you want good products for a nice price, then you choose Faith.

ONE MORE THAN THE DEVIL

Nikko Kasei Co., Ltd. (“Nikko”), founded on 1 Feb 1964, is headquartered in Ota-ku, Tokyo, Japan. Nikko specializes in a wide variety of operations ranging from paint filling/bottling, vacuum molding, production of cosmetics and packing materials at two manufacturing plants. In 2010, Nikko began production of bio-disintegratable soft baits after several years of research and development. The soft bait business is now one of Nikko Kasei’s most strategic lines of business, and in Japan, it has grown rapidly mainly as a private label manufacturer (OEM) to large fishing supply companies as well as marketing under its own brand.

Nikko has begun expanding its soft bait sales business overseas, focusing on the US and other strategic markets around the world. Nikko is eager to team up with leading wholesalers, retailers, and e-commerce businesses to provide the next generation, best soft baits to both professional and sports fishermen around the world.

We are able to adapt to the wishes and needs of our customers to a very tight schedule if needed. Our company can provide many customized packing options for department stores and DIY stores. We can also combine many products if our customers so desire. Products can be packed using the customer’s own trademark and packaging design (OEM). Product quality at all times is ensured by our Scandinavian staff who are very aware of today’s quality requirements. Quality, speed, and good partners make us a very strong and sought after supplier. Ask for more information and you will find out why. 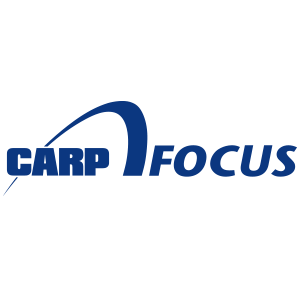